Welcome!
Please wait a moment until all relevant data has been loaded.
Loading... 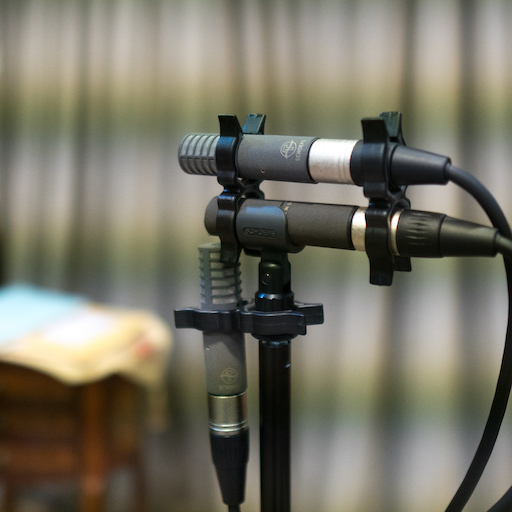 Adjust recording angle, pattern of the virtual microphones here. The stereo image is characterized by its width and also its power sum graph, that shows, how equally loud the sound, coming from different angles, is captured. Some configurations will emphasize or attenuate the center. You can directly adjust this emphasis and the calculator will then determine the appropriate pattern of the virtual mics. Adjusting the recording angle will then either keep the pattern or the center emphasis (as long as this is possible). Not every combination of values is physically possible.

Mixing those three microphones results into a stereo sound that would be achieved with two coincident (=placed as close a possible) microphones of the angle and polar pattern shown here.

(L and R are the loudspeakers. The little vertical lines represent a sound source coming from a certain angle. Their horizontal position reflects, where between the two speakers the human brain will think it comes from.) The curve shows the power sum. A flat curve indicates, that sound from all directions within the recording angle is perceived with the same strength. If the curve is going up in the middle, sound from the center is to be heard louder.

The polar graph shows the power sum again, this time for all directions. At 12o'clock is the front, 6o'clock is the back, 3 and 9 are the sides. The closer the curve is to the center, the softer the sound is in that direction. A perfect circle means: sound from all directions is captured with equal intensity.